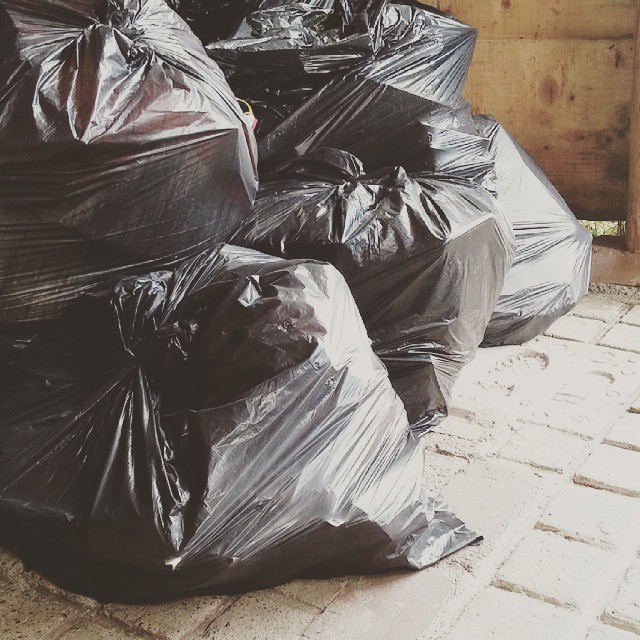 De clutter update… 38 bin bags of ‘stuff’ removed from my house so far (shameful). I say so far, because there is so much more to sort. I’m on a deadline as come 1st July its open day for custom shoes, so back in my lovely studio (which is always tidy :) ). Stairwell stripped and walls and bannisters all scrubbed. Out this afternoon bike riding and cousin visits tomorrow, so will restart on Saturday.
Anyone else decluttering en masse? 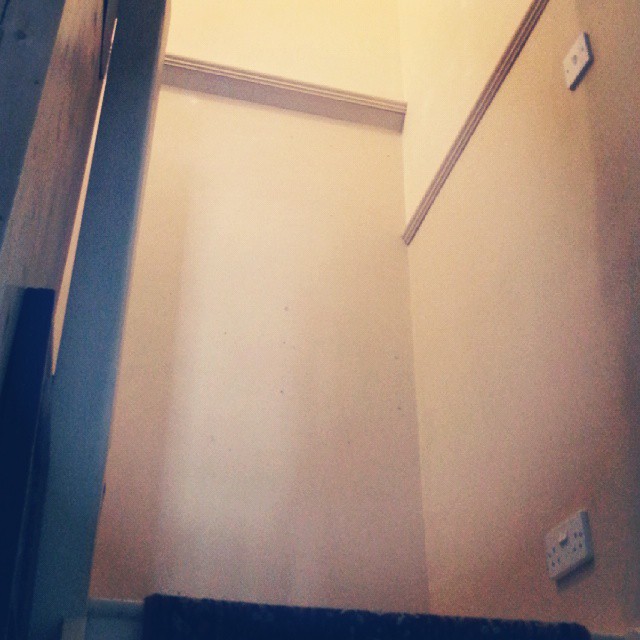 There are two lower walls below a rail so im thinking two tone as this is a big area for all white, plus the stairs are a creamy colour called bonnet, which I am only touching in and not repainting. But, I might yet :) 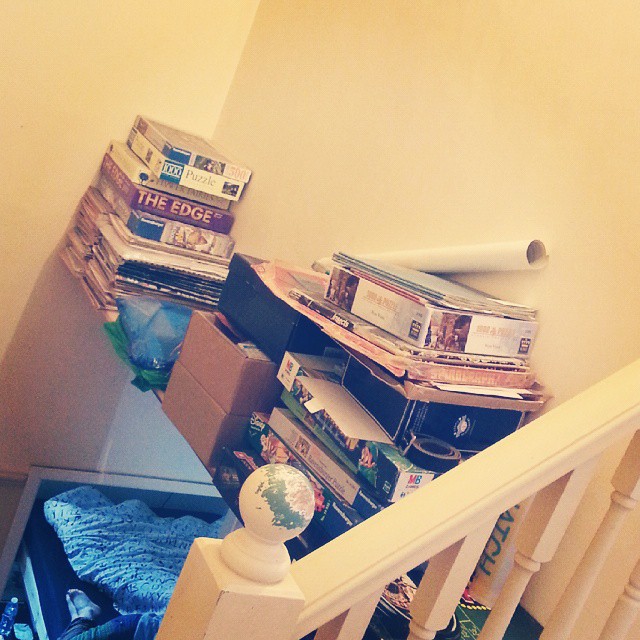 Emptying the large stairwell shelf. Mainly dust, accounts, dust, junk, old puzzles and dust :) I think I might take it down altogether and let more light filter down. Then I’m mixing polyfiller. 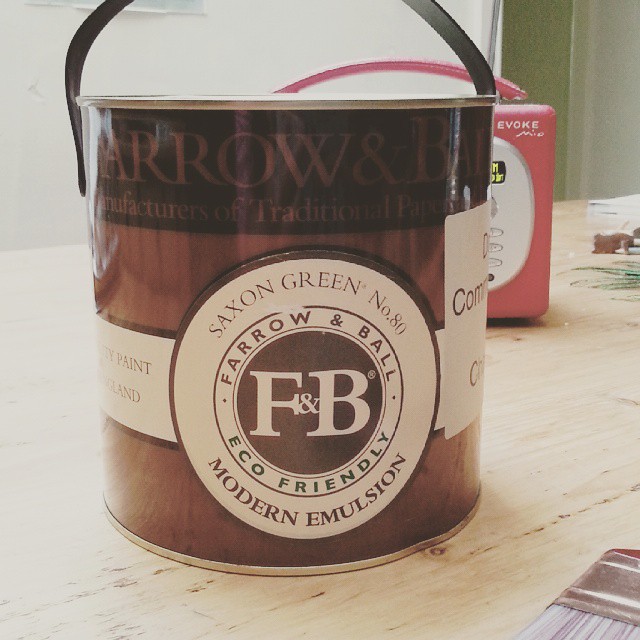 £5 tin of farrow and ball from recycling centre in saxon green. Going to look great with my recycled pine pantry cupboard. 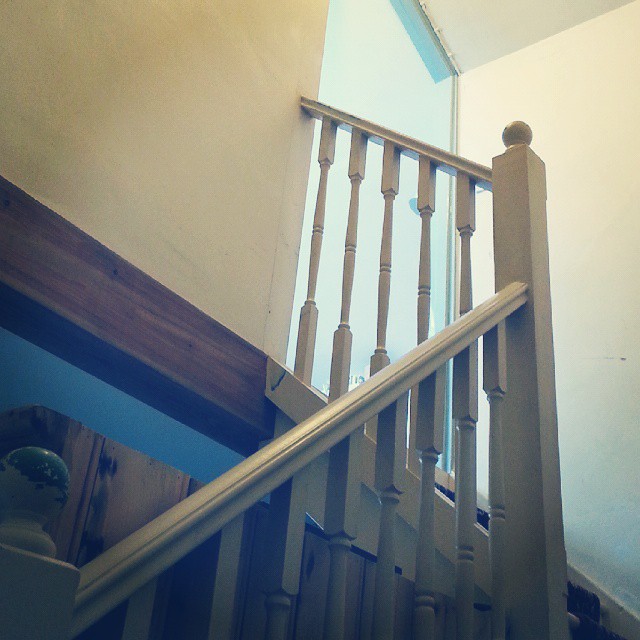 That was hairy, wobbling around on a step stool, but, it’s so much better with that shelf gone :)
Pollyfiller now… 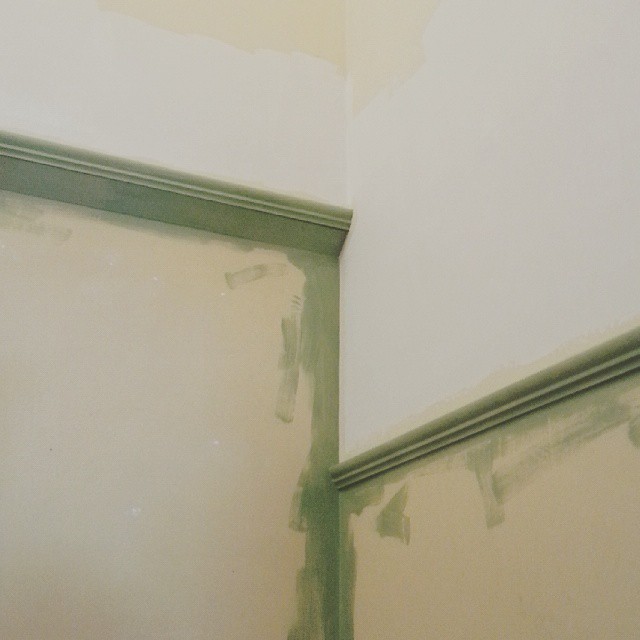 New colours together in the middle here. Saxon green and white. So fresh! Happly I used the green not the blue. Old cream and magnolia top and bottom to show the contrast :) 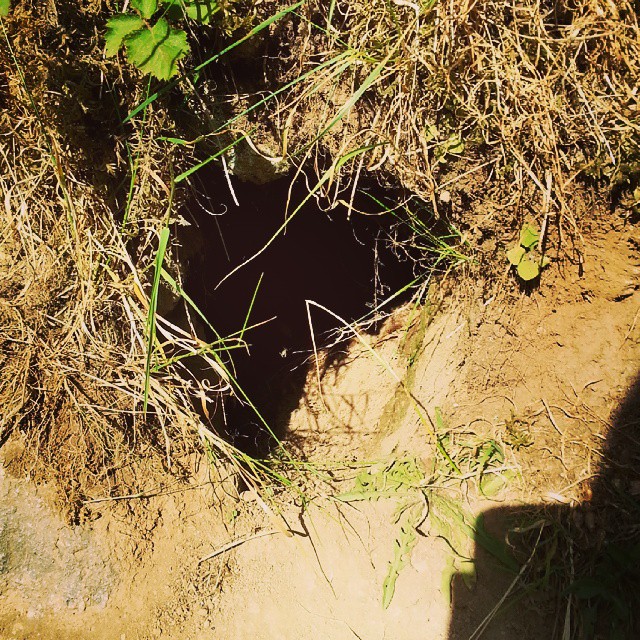 On my bike… spotted Mr Badgers front door in the lane :)
So my day began with bin bags and ended with bikes and badgers.
Ren x
Back to blog