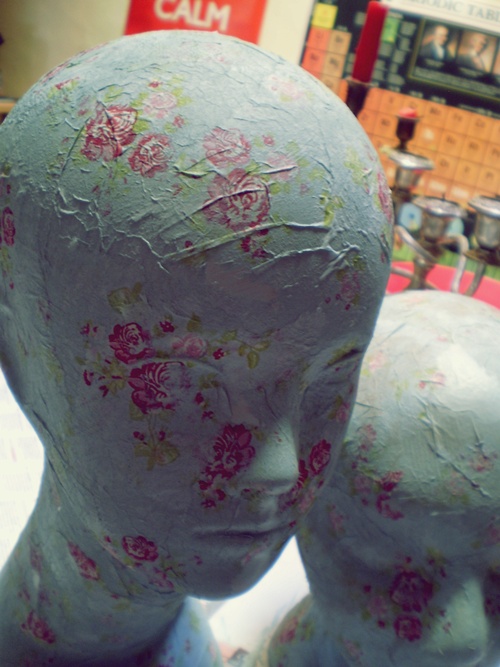 After struggling to adjust to the clocks changing (I get worse every year with this) and a spell of insomnia AND a poorly little one... I took the day off today! 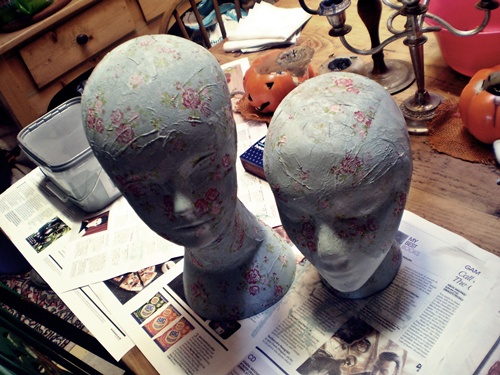 As you know Ive been knitting like a woman possessed of late... trying to make as many hats and scarves as I possibly can for a Christmas charity fair. I think Ive clocked up about 15 so far...  I decided that my mannequin heads needed a revamp so using the airing cupboard paint (its called Dapple blue, isnt that a pretty name) I had a play! I had these pretty napkins in the cupboard too. I splashed on some paint and then carefully laid over the wet paint torn patches of napkin. It worked a treat! Rather wrinkly, rather patchy, rather unique... rather like me! 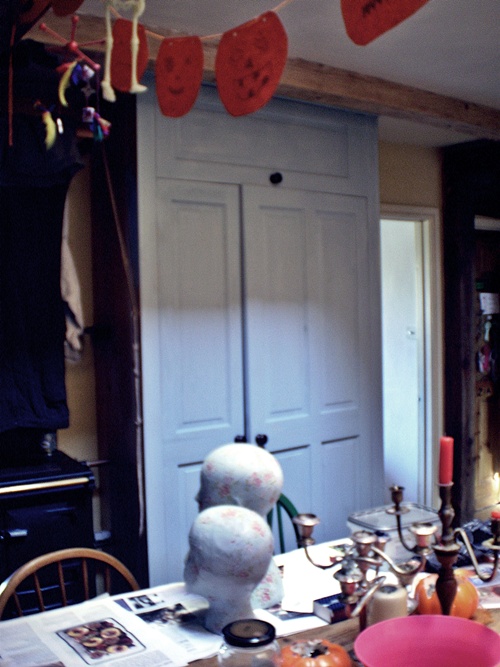 And to prove I wasnt just playing, I did actually finish painting the airing cupboard! Its a rather sombre colour, but, it will be perfect for my postcard collection. I will be doing an antiqued waxed finish over the top to age it down. 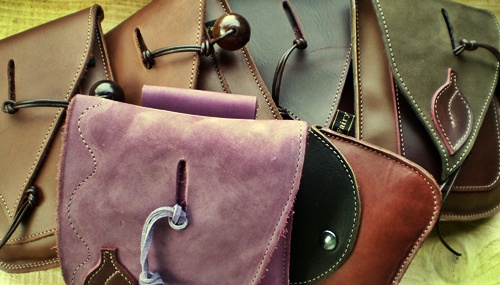 And finally a few new bits and bobs for the shop!


Followed by an evening in the woods with my family, eating stew and dumplings in front of the bonfire, watching brave men (Mr F and Grandpa) light the Catherine wheels and dreaming under starry skies of the apple pie and cream that will follow...


Ren x
Back to blog